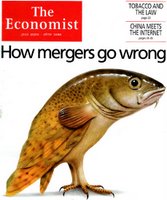 In 2001-2002 Framework Consulting conceived and executed the Caribbean Acquisition Project, a survey of 7 Jamaican companies that had been acquired by foreign entities. Given the historical failure of mergers and acquisitions to create new value (estimated at between 60-80% of cases), we felt that there was a unique opportunity to take advantage of the number of acquisitions taking place to learn some valuable lessons. Hopefully, the lessons learned could be shared with other companies.

Specifically, we were interested in finding out how companies were planning for the hardest phase of M&A’s — post-acquisition/integration. Many prior studies have shown that the cultural and organizational issues are the most difficult, and the ones that make or break acquisitions. Therefore, the Human Resource function has an important role to play, and our hypothesis was that the way the HR function was used or not used had something to do with the future success of the acquisition.

Several companies were approached — there were ten companies that were thought to be possible candidates at first. Five consented to be surveyed for the empirical part of the study, while informal and public data was gathered on the others. Each of them were outright acquisitions, rather than mergers. (Incidentally, there is a paper from our website entitled ‘Equal/Shmequal: It’s never a Merger of Equals” in which Amie Devero argues that Mergers always turn into Acquisitions.)

Now that I am in the process of writing up the results for publication, I am faced with a mountain of data, and no easy way to classify the findings that were discovered. It’s easily a case of having too many options to choose from, yet the complicating factors do make the choice that much more difficult.

The greatest complicating factor is that it is devilishly difficult, even years later, to prove that a company was successful or not successful based on the practices they used. The number of companies in the study is so small that statistically valid comparisons cannot be made to draw general conclusions. Also, the variety of companies in the study is so broad that direct comparisons are not possible.

While it is true that certain companies are enjoying greater success than others, even the successes have been uneven, and tend to depend on when the line is drawn to determine success. In a small data set such as the one I am working with, it makes things difficult.

Furthermore, the fact that different executives were interviewed for the study meant that while a good deal of useful information was gathered, in several companies there was no consensus view. In other words, the opinions were wide and varied and there is no way to reliably create something like a statistically “average” response for each company.

So, how best to proceed?

At one level there are the basic questions that the study set out to answer, and there is a mix of empirical and anecdotal information to back up the answers derived.

At another level there are the surprises — the discoveries that we didn’t expect. To be rigorous, this means going back and adding the questions in the form of new hypotheses and testing them against any empirical and anecdotal date we can find.

As I go through the process, I’ll share the early results — after all, in the age of blogging, information shared early will help fulfill the goals of the project long before the book for which it is intended is published (in 2007, hopefully).