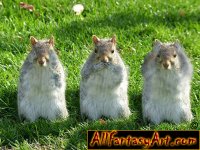 One of the grim reminders of plantation slavery in the Caribbean is how well we were trained not to think.

To say it differently, it has to do with how well we were trained to follow without questioning. This tendency that I see widespread in our people across the region does not augur well for business, as critical thinking is a key competitive advantage in a world that is coming to rely more and more on knowledge workers, and less and less on manual labour. Recent studies, most notably in the work of Rich Florida’s “The Rise of the Creative Class” demonstrate that cities marked by lower wages and fewer knowledge workers are less successful by almost every key measure: prosperity, crime, unemployment, etc.

The truth is, the colonial powers in the Caribbean did a good job in subjugating large numbers of slaves with a combination of physical force and religious fear. In Jamaica, for example, news of the Haitian Revolution of 1791 in which former slaves set themselves free, while killing thousands of their former owners and master, caused a stir in Jamaica’s white planters class. They too were vastly outnumbered (by more than 10:1, I believe). They too were using brutal, physical methods to subjugate their slaves.

Upon emancipation, it was feared that when the Negroes took their revenge there would not be a single white person left standing. However, that did not happen, and it was not only because of the possibility of brutal repression.

Instead, the fear of God had been driven into the hearts of their former employees. Christianity was unknown to the Africans that were enslaved. Today, there is only the slimmest of evidence remaining in a handful of religions (obeah, vodun, etc.) that the slaves brought to the Caribbean had had any exposure to any other religion than mainstream Christianity.

The religious transformation was virtually complete. Millions of slave and their ancestors were transformed from being Muslims, Animists, Ancestor-worshipers and other religions into Christians.

In the mind of a brutal slave owner, I can only imagine that when a missionary asked a plantation owner for permission to “minister” to the slaves, the owner had no interest in teaching them the liberating power of the gospel and the equality of all people before God! Instead, I imagine that he was only interested in how deeply he could entrench his slaves in a thought-system based on fear that would further subjugate them.

Instead, it was a customized, weakened and twisted Christian philosophy that was more or less invented by whites were, above else, wanted to maintain control. This control was important in just staying alive, thereby avoiding the brutal fate of the slave-owners in Haiti, but it was also critical in making a good profit.

This determination to make a good profit was of course, paramount, and was the entire reason to have slaves to being with. The minds of the Africans being used to make that profit was seen as a potentially useful cog in the wheel.

But it was just not enough to get the slaves to believe a set of lies and half-truths backed up by scripture. After all, obvious lies can be mis-proven through direct experience by a thoughtful few. This fact is puzzling, as the religious fabric put together by the missionaries and plantation owners now seems so transparent and ridiculous in retrospect, and their motives so patently obvious. Couldn’t a slave have figured out what they were up to, and tell the others?

The final piece of the puzzle resonates even in today’s workplace.

Slaves were taught to follow faithfully. Serious questions, doubts and critical thinking were made evil. The reward for blindly believing was God’s blessing in the afterlife, while the punishment for the sin of doubting “God’s message” was hellfire and damnation.

As a slave-owner, getting this way of thinking into the minds of your slaves signified success of the higher order. It made the job of keeping control that much easier, and reduced the slaves to unthinking, but God-fearing brutes.

Which is what we have in today’s Caribbean workplace, in varying degrees. Not brutes, but workers. Not unthinking, but demotivated and disempowered.

From the book “Why Workers Won’t Work” by M.L. Carter” (a summary of which is available on the Framework Consulting website under Ideas) are the following findings:

Today’s workforce has less and less of a need for manual labourers, and more and more of a need for knowledge workers, yet there is no evidence of a systematic approach to unravelling this historical evil. The results in the Caribbean are clear — the Blacker the country, the poorer it tends to be. In other words, the result of the slave-owners peculiar theology and means of control is poverty, unemployment and crime, and the countries that had more slaves with which to inflict this ideology are suffering the most.

It remains a dicey subject to this today, and it is difficult to see encouraging signs — although I am committed to finding them and writing about them. If the problem were seen plainly, I believe that the mental slavery that Bob Marley sings about could be reversed within a single generation.

Our schools would be focused on teaching our students that their own critical thinking is paramount, rather than the ability the repeat the thinking of others.

Our parents would encourage our children to think for themselves, rather than to just be obedient or else face physical punishment.

Our Christian churches (and mosques and temples) would teach the faithful to skillfully renew their own minds, rather than to merely believe what they are told, and that to do so represents the best path towards the liberation of future generations.

Teachers, parents and pastors have every reason to be frightened by all this, as it contradicts their experience and what they have been taught over the years: ” Don’t do it, or else you will lose control.”

Except that, that’s the voice of the plantation-owners, whispering to us from years past, and it is our duty to steadfastly ignore them.

P.S. The summary of Why Workers Won’t Work can also be downloaded by sending email to fwc-whyworkers@aweber.com