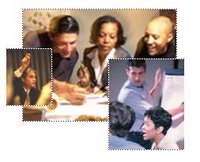 While it is clear that the Human Resource (HR) function was not used to help plan the acquisitions included in the study, the question still remains: what are some of the things HR would do, if asked?

One key action would be to lead the development of an “Acquisition Philosophy” by the deal team.

There are many approaches that can be taken to undertaking an acquisition. Usually, the company being taken over is at least an average performer, although the majority of the companies included in the study were either failing or had already failed.

Obviously, the acquiring company is making the investment or purchase with the belief that their ownership will make the critical difference in the performance of the company. If this belief were not true, then it is reasonable to assume that the acquisition would not take place. After all, even a successful company would not allow its shares to be taken over in an acquisition unless there was some premium paid. Acquisitions involve significant costs and risks, and no stock-holder in his right mind would undertake either unless he were being duly compensated.

Turning a mere stock-purchase into a successful acquisition, however, has much more to do with the way in which the culture of the acquisition is integrated than the price paid. Our research showed that within the companies we researched, there were widely differing views on the Acquisition Philosophy to be used.

The Acquisition Philosophy has to do with a decision as to what precise combination of vision, mission, values and leadership to bring to the new company to turn it into a financial success in the mid to long term. The Philosophy created has everything to do with a sound understanding of the culture that prevails in the target company, and what interventions need to be created to make it successful.

Example 1: A company being acquired was a combination of entities that had formerly competed, and had all failed financially. The parent company decided to create a culture in the acquired company that was a modified version of the culture found in the parent’s company. The new firm was formed around the same values, vision and mission of the parent, with small changes to account for differences in national culture. The leadership came from the parent company.

Example 2: A very successful company was taken over to help expand the market share of the acquiring company. The Philosophy created was to keep the company intact, and to keep the ownership in the background as much as possible, hoping that the success would continue.

Example 3: A company did not know to create an Acquisition Philosophy, and did not address the new culture of the company and how it would effect integration, except to mention it in passing comments. The company fought fires as they came up in the form of strikes, poor results and a rotating door of successive of leaders, none of whom were groomed for the job.

In our research done in 2001-2, the companies studied came closer to Example 3 than any other. The lack of a coherent Philosophy left them vulnerable and without adequate plans for the many surprises that came once the acquisitions were completed. A complete Acquisition Philosophy may have included the following decisions:

While the above list may appear formidable, our experience in assisting companies in transforming their cultures tells us that it is more important that the company’s executives come to agreement. It is a fact that there will be surprises and unforeseen events that the executive team will need to react to, and their Acquisition Philosophy can be used to guide them in making the joint decisions that are required.

Doing a perfect job on all the above points is much less important, and cannot be done by anyone other than the players accountable for the acquisition being a success.

A set of Acquisition Values can be developed in conjunction with the deal team, and the implementation team to guide the way in which they acquisition activities are executed. For example, at one company the directors steadfastly denied rumours that an acquisition was being considered.

A week later, they announced that there was in fact an acquisition underway. Instantly, everyone knew that they had lied, yet the fact was never addressed openly. Of course, it was talked about quietly for years after the fact and used as evidence as to why the company’s leadership could not be trusted. A serious commitment to an Acquisition Value such as “transparency” may have guided the team to a different set of behaviours, or to at least a dialogue to resolve the public discrepancy.