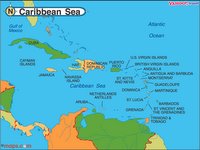 I think most Jamaicans view the advent of CSME with some interest, but no real passion. After all, this is not Miami we are talking about… and truth is that we know more about Broward Mall, Pembroke Pines and Miami Lakes than we do about Long Circular, the Savannah, St. Lawrence Gap or Broad Street.

Our minds are firmly planted in Greater Miami.

This is a pity, because while the hoopla around CSME may not “grab us,” it is a timely reminder that the whole “10-1 leaves 0” business actually has left us poorer than our smaller counterparts in the Federation of old, and unlikely to catch up in the near future. We need to be careful not the make the same mistake twice.

While the changes initially planned by CSME are modest, they are a concerted move on the part of the region’s governments to bring us into alignment with much larger forces in the world.
These forces are stunningly described in the book “The World is Flat” by Thomas Friedman, in which he talks about what he calls the 10 Flatteners, and how they are enabling China, India and other countries to experience massive growth in their economies.

His book serves partly as a warning to the United States, which is echoed by Richard Florida in his book “The Flight of the Creative Class.”

9/11 laws that make residency and citizenship in the United States more difficult are only hurting that country’s ability to compete at the heart of its strength — technological innovation. Scientist and engineers who are unable (for example upon completion of their PhD’s) to stay in the US and work are taking their skills and returning to China and India. This is leaving the US bereft of much needed talent in colleges, research laboratories and industries.

Furthermore, the US is seriously considering erecting its own Berlin Wall along its border with Mexico. Instead of flattening barriers, new ones are being created to keep America “safe.” It is no wonder that some are wondering if this is what Bin Laden was hoping for all along — the US drowning its own strength in its own fears.

It certainly runs counter to the direction that most countries want to move in, and the direction in which Caribbean countries must go. In particular, the poorest countries in the region (Jamaica, Guyana and Haiti) have experienced an exodus of their Creative Classes in recent years. In most cases, the emigre left their country of origin unwillingly, with its warm climate, familiar feel and spicy cuisine. It makes visitors to the region wonder why anyone would ever leave.

CSME is probably too late for those who left to live in the US and Canada for economic opportunities, but it is not too late for those of us who remain. Perhaps we might be able to leverage the 6 million people in our region, and the combination of skills and natural resources
to create opportunities that might attract back those who have left, and persuade those who stay that their best bet is not to join a long line to get a US visa, but instead to browse a website or jump on a plane, and learn what is happening across the region.

Perhaps we can join together in igniting some measure of economic success that we could not achieve apart. If so, then the CSME is an excellent start.

P.S. If you are visiting this blog after the IMCJ conference: Welcome! The presentation is available by visiting www.fwconsulting.com and clicking on Ideas and then Download(s).