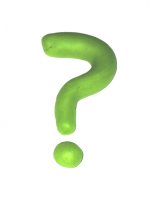 It is often said among professionals in the Caribbean region, that everything rides on “who you know.”

Usually this is said with a slightly cynical undertone, implying that something less than honorable is involved in the awarding of jobs, contracts or promotions. Usually the person saying it implies that you can work all you want, but they know from harsh experience that merit is not as important as familiarity. They imply that there is something corrupt going on that is fundamentally unfair to those who are decent, play by the rules and have integrity.

I am here to confirm the fact that who you know is critical.

But not as important as who you are.

After all, all of us know either Beenie Man and Machel Montano (respective “Kings” of dancehall and soca.)

However, just because we know them does not mean that we will be inviting them into our companies to do that important Human Resource Audit. They might be fine for the Christmas Party programme, as they are both known for their ability to move audiences. However, the image of them as management consultants is a bit comical.

The fact is, the person who knows the right people, or is known by them deserves to get the advantage, but not because they happen to play at the same golf club or attend the same tea parties.

Instead, they have earned the right to be known by virtue of hard work of a particular kind that we in the Caribbean seem loathe to do, for factors that I hopefully will be able to discuss in future blogs on this topic. For now, let us say that the hard work to do is on “Who You Are.”

The Opportunity
Assuming that you are a professional working in one of the Caribbean countries, it is safe to say your opportunities to network are about to explode. Here in Jamaica, the largest of the CSME countries by population, we have 2.5 million people, and there are approximately 6 million people in the entire region.

In terms of GDP, the growth will even be larger as we become part of a market that is more than twice our size.

What can the professional do to prepare themselves for this opportunity?

Deepening One Area
The starting point, from my experience, is quite simple for those who enjoy their professions.

Pick an area of interest and deepen it.

Whether or not you actually ever become the world’s expert in the area is not important, yet. What is important is that you free up your creative juices, and engage your mind in its own expansion and training, and it has already given you an important clue on what to focus on — something you are already interested in.

It is a fact, however, that our education system in the region is not designed for this purpose, and you may have to teach yourself to tune into your interests, before even developing the will to pursue them. Such is the legacy of teaching that is geared towards passing the Common Entrance, GSAT, SEA, CAPE, CXC, and GCE exams.

Deepening your interest may mean doing some of the following, for example:

These are only possible avenues to explore the interest, and the point is to start somewhere, anywhere, rather than to shy away from the overwhelming idea of being interviewed on prime-time television.

Authenticity
Ensure that the area is an authentic area of interest, and not one that is manufactured to “fit the market.”

Also, forget about trying to figure out “the job of the future.” When I was an undergraduate in the U.S., I remember after warning that the need for computer programmers was going to be far under that supply for the many year to come. At the time (1989) it was said to be an occupation that could not fail.

Fast forward to 2001 — when it was impossible to find a job as a programmer in the U.S. due to a combination of offshoring and new technology.

So, instead of trying to be a career obeah-man/woman, instead start with what you have a real and truthful interest in. If you like what you do, then simply start to believe that you can become an expert in that area, for no reason other than that it pleases you to do so.

While the area may not evoke words like “passion,” it is enough to start with just a sense of curiosity and a lot of questions that start to open up the possibility of answers that might be intriguing. It is said that real masters know more about the kinds of questions to ask, rather than the right answers to give. They know about the questions because they are always asking them, and never believe that they have reached the end of the story. In fact, they have accepted the fact that they might someday die with in the middle of a question, much in the way that Albert Einstein passed away while trying to achieve a Grand Unified Theory.

I am calling this way of thinking about connecting with others: “Question Based Networking.”

Organic vs. Forced
Thirdly, and fortunately, the work on Who You Are requires more patience, and tact than personality and force. Once the area of interest has been discovered, and it appears to be one that reflects an authentic curiosity, the final step is to allow one’s actions to unfold at a rate that is commensurate with the form of the question.

In other words, as one develops a series of questions related to the area of focus, and seeks to get them answered, what quite naturally evolves is a relationship with other people.

Because more often than not, their cooperation is vital in seeking answers, and in many cases they can help to share the questions themselves.

This process is quite organic, and natural, and is far cry from pretending to be interested at Chamber meetings, or trying to “Win Friends and Influence People” by feigning interest during stilted conversations.

For example, someone who has an interest in CSME and regional labour laws, could very well follow the questions they have all the way to various Ministers of Justice and Permanent Secretaries in governments of different countries! Someone with an interest in union negotiations could end up working with CEO’s of multinationals that must negotiate with multiple unions in a number of countries at the same time.

The key here is to allow the interest to grow at its own rate, and for the necessary courage and knowledge required at each stage to develop and mature.

As the process unfolds, what will naturally be there will be a network.

It will not be the kind of network in which your face is recognized from uptown or expensive fetes. Instead, you will be known for your Questions, and when people know you for your Questions, they will trust that you have something to say about some answers.