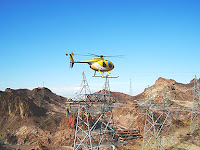 At the Spanish-owned Fiesta hotel construction site in Hanover yesterday, an employee was shot, the workers rioted and burned a building and several vehicles, and the management team had to be airlifted out by helicopter.

The reports listed in the press gave conflicting causes: it was either workers arriving late and being locked out, or a lack of ID badges, depending on the newspaper one happened to read.

Needless to say, the company’s culture is probably in a mess and the managers are probably meeting somewhere right now trying to figure out what went wrong.

I imagine that the issues had been building for some time, and only came to a head yesterday morning, resulting in nothing short of a riot, and bloodshed.

Unfortunately, the outcome is not all that strange for our region — all it takes is a management team made up of foreigners that do not understand the environment in which they are operating.

Whereas in Barbados and Trinidad, the result might be a sudden loss of productivity, in Jamaica the result is often physical protest, to the surprise of managers who are not versed in Jamaican work culture, or ignorant of how volatile local workplaces can be.

Here in Jamaica, workers have something of an all or nothing approach to management — either overly revered and trusted at one extreme, or hated and reviled at the other.

Successful managers know the techniques for staying at the prefered end, and the very best managers know how to go beyond it — but the job is not an easy one.