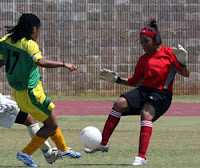 After the doubles and jerk-chicken are over, and the reggae and soca music has stopped, and the wining and dubbing is finished… what else would happen?

I originally thought of the idea when I did a couple of research projects in Jamaica that included multiple interviews with Trinidadians. A former Managing Director first put the idea in my head, saying that he would love to be able to learn from the other Trinis that were coming to lead companies in Jamaica for the first time. He said that there was much that they could learn from each other, and that had me think that there was not only a lot they could learn from each other, but also a lot they could teach Jamaicans about doing business in Trinidad.

Since then, and recently, the public row over the LNG issues and the trade gap between the two countries has resulted in a war of words, in which Dawn Rich’s column in the Sunday Gleaner represents perhaps the most extreme opinion.

Maybe the Chamber/Club, with a chapter in Kingston and another in Port of Spain, could be a place where:

A Chamber/Club with these goals is obviously not for everyone.

For one, it will take a certain willingness and awareness of the big picture — that we are all bound to each other, and are all one.

While it may be interesting to, at one level, to compete with each other in business, a short-term focus on my company’s success over yours is ridiculous for this small a region. It is much better for us to cooperate in expanding the pie, than it is for us to fight over the crumbs.

While I wouldn’t recommend that in the Chamber/Club each company gives away its trade secrets to its competitors, such an organization would benefit those members that have an interest in putting cooperation first.

So, that Trini-Jam “whatever it is” would be a place for Trinidadian and Jamaican businesspeople to cooperate for the greater good of our countries, companies, employees and people.

P.S. If you want to join the mailing list for the most recent information on this topic, add your name by sending email to fwc-triniexec@aweber.com. You will automatically receive a copy of our report “The Trinidadian Executive in Jamaica,” plus be added to a mailing list of those are interested in business-people with an interest in Trinidad and Jamaica.