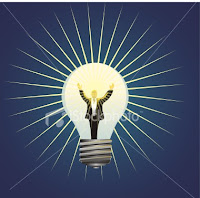 I just got up from in front of the television, where the West Indies is, once gain, disappointing this cricket fan.

At the moment the score reads 48/3 against Sri Lanka, and it looks like we are in for our third beating in a row.

So, I thought I would take a break… Lara’s recent soft dismissal was the icing on the cake. Onto other more uplifting topics…

Yesterday’s Boys and Girls High School Champs was yet another triumph, not just for the winners (Calabar) but for the Jamaican sporting fraternity. Last year, I wrote about my experience at Champs, and why attending it was so absolutely inspiring.

Not coincidentally, Patrick Robinson’s new book: “Jamaican Athletics: A Model for the World” was also launched, describing how the structure and spirit of our homegrown athletic system that has produced more currently top rated athletes that any other country in the world apart from the United States. At the heart of our system is our Boys and Girls Champs — the greatest athletic competition in track and field in the world for high school students.

What impresses me, however, is that Champs stands out as an exception to what I would describe as a general Caribbean weakness in our ability to work together in groups. (Trinidad’s Carnival is also another exception.)

In my work in corporations I have noticed the same phenomena: very sharp people who are unable to work together.

In politics the same: very smart politicians who are rendered impotent by each other, effectively nullifying whatever interest they have in serving the people of Jamaica.

In communities our very high murder rate here in Jamaica is driven by disputes large and small between individuals, gangs, neighborhoods, schools and sports teams.

What is it about us Jamaicans that make working together productively so very difficult?

In a prior blog I mentioned the idea that the pursuit of self-interest is a good thing, if it is allowed to blossom and grow into a realization that your best interests are also mine, but turns into something dangerous when we either pretend that we have no self-interest, or we stop, and fail to take our pursuit past the point of a narrow selfishness.

Often, we are our own worst enemies.

Recently at the corner of Ardenne and Hope Roads thieves stole the controller to the traffic light, rendering it useless.

I can imagine the same thieves riding on the bus later that week, complaining that the government has done nothing to fix the lights… without any sense of irony.

Yet, this is often what we do. We create our own problems, at first for each other, and then for ourselves.

We are undoubtedly a smart set of people, but that kind of brilliance we show is probably not as important as the kind that we need — if there is a thing called “group intelligence” then that is what we need to order up as quickly as possible.

It is only now that I am back living in Jamaica that I can say that there is a kind of group intelligence that I observed in US companies that I don’t see here to the same degree — this in total hindsight.

From my recollection of working abroad:

These might all be taken to be the marks of polite company, but I think there is more to it than that. After all, Americans are not altogether a polite people, in the sense that the British are.

They are a very practical people, however.

Perhaps one aspect of group intelligence is knowing when to yield, in order to maintain a certain cohesiveness.

If so, then it is a skill we are sadly lacking here in Jamaica.

Instead, our particular determination to succeed comes from our commitment to justice and on protecting our ” rights.”

These are powerful, potent points of focus — they have motivated the “creation”/revelation of a religion such as rastafarianism, the rise of a leader such as Marcus Garvey and the fame of Bob Marley, among others.

They also lead to protest, murder and mayhem, with our irrational sensitivity to being “dissed.”

However, they are not enough, as our economic failures have demonstrated.

The recent lawless activities taking place in our schools has had some commentators talking about our “insistence on having things our way.” When we all engage in actions designed to get what we want, others be damned, we doom ourselves, because in a small country such as ours what goes around, surely comes back around. The movie “Crash” comes to mind.

It seems that we need to develop an ability to think about the welfare of the group, in addition to our own, and to act accordingly.

Sadly, I don’t have answers to my all my questions, but I will pursue them until something structured opens up.