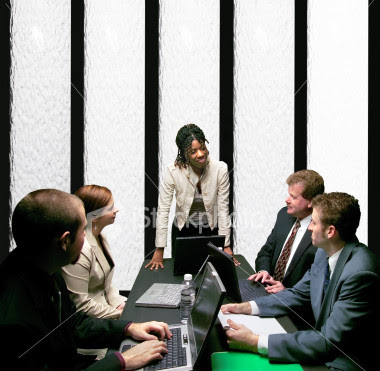 I found this study astounding, although not altogether surprising.

It was published in the 2003 HBR in an article entitled Fair Process: Managing in the Knowledge Economy, by authors Kim and Mauborgne.

Their central finding is that employees will commit to a manager’s decision — even one they disagree with — if they believe that the process the manager used to make the decision was fair.

In other words, employees care as much about the process used to derive the outcome, as they do about the actual outcome themselves. This says much about how Caribbean managers need to manage, in order to gain the buy-in that is needed to change behaviour and produce a positive culture.

In coming to decisions in the Jamaican workplace, it is critical that managers go the extra mile to demonstrate a certain kind of respect for the workers. The following paragraph from the HBR article seems to fit in perfectly:

“Fair process responds to basic human needs. All of us, whatever our role in a company, want to be valued as human beings and not as “personnel” or “human assets.” We want others to respect our intelligence. We want our ideas to be taken seriously. And we want to understand the rationale behind specific decisions. People are sensitive to the signals conveyed through a company’s decision-making processes. Such processes can reveal a company’s willingness to trust people and seek their ideas – or they can signal the opposite.”

The authors also make the case for 2 psychological kinds of justice, distributive and procedural (which I will simply refer to as Model A and Model b.)

In Model A, the idea is that when people get what they deserve (compensation or promotion) they feel satisfied with that outcome. They will reciprocate by fulfilling their obligations to the company to the letter.

In Model B, trust and commitment are built, which produce voluntary cooperation, which in turn drives performance, leading people to go beyond the call of duty by sharing their knowledge and applying their creativity.

I remember a funny story told to me by a good friend of mine over 15 years ago, that illustrates the difference between the two (thank you Tom B.)

Some kids used to pass by an old man’s house that had a zinc roof on the way from school each day. It was the kind that made a very loud sound when it rained.

One day, they decided to pelt his roof just to hear the sound it made, and sure enough it was loud like gunshots!

The old man, who had a reputation for being crotchety, ran out, and shouted at them and waved his stick, looking quite upset. The kids ran away laughing.

The following day, they told their friends, and even more of them showed up to stone the old man’s roof, hear the loud sounds it made, wait for him to come out, watch him wave his stick and have a good laugh.

On the third day, even more showed up, and the same thing happened, except that the following morning, the old man woke up with an idea.

Once again, the kids showed up, but this time he was there waiting outside. He called them over, and told them that he would pay each of they $1 to pelt stones on his roof that day.

They cried with glee- was was not only crotchety, he was also insane!

They pelted, he paid up and they ran off happily.

The following day, they showed up again, and this time he apologized, as he only had a quarter for each of them. They pelted his roof, and took their money and ran.

The next day they came, he again apologized and said that no he had only pennies to give.

They refused — he couldn’t expect them to pelt stones on his roof for that little money! So they left in a huff, never to return.

In summary, the old man was able to manipulate the kids into adopting Model A, when they had in fact started out by using Model B. Once they moved to Model A, he could take control of their desires.

The authors presented the following summary in the form of a chart:

The authors make the point that fair process is rare in companies. When managers are asked for evidence that they are fair, they point to equitable treatment, authority and freedom given, resources provided and rewards earned.

The authors say that these answers confuse fair outcomes/results with fair process.

Most managers are loathe to get too much into engagement, explanation and expectation clarity for reasons that I find particularly pertinent to managers in the region.

The first reason has to do with power. Some keep the rules for success and failure vague as a way to keep control. Others use memos, speeches and purely one way communication to keep away direct challenges. For these managers, fair process is a threat to their authority.

The second reason comes from an unconscious belief that people will only care about what’s best for themselves in the very narrow, short- term sense. However, the research shows that people will go along with decisions they disagree with, and might impact them negatively as long as they perceive the process to be fair.

In other words, they can understand that short-term sacrifices are sometimes needed to advance long-term interests — if they trust the process.

N.B. The authors note that fair process is not the same as consensus, compromise or democracy.