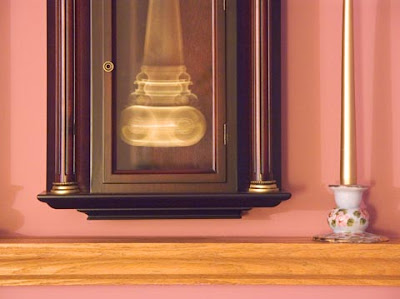 I am listening to Lou Gerstner’s book – “Who Says Elephants Can’t Dance” and am struck by the similarity between his account of his leadership and IBM, and that of every other CEO-turns-around-company book I have ever read.

This is not to say that the recording is boring, which it is not. It’s just that there is a common plot behind each of his stories.

In the same way that all operas have 3 parts (I think) and all cricket matches revolve around batting and bowling, I have come to believe all successful turnaround CEOs basically have the same story to tell.

In essence, all companies that are unsuccessful fail because a gap develops between them and their customers. Often, the gap is created when what they have always done successfully stops working.

At a very basic level, the company could just “stop doing it.” With simple changes, this is easy enough to do.

However, for complex changes involving hundreds or thousands of people who are entrenched in decade-long practices, the insight that change needs to happen is only the first step. What is much harder to bring about is the large-scale change in thinking that each individual must undergo – a change that cannot be forced into happen with carrots and sticks.

Instead, it must be articulated repeatedly until people are able to convince themselves.

To perform this kind of miracle, CEOs need to be able to identify the frameworks that underly the weak positions that companies fall into.

Imagine that the culture of a company as a huge collection of pendulums. Each swings very slowly from one extreme position to another. Each pathway is distinct from the other. Only a subset can be seen clearly at any given time.

What do the pendulums represent?

Each pendulum describes a particular dimension of awareness.

For example, some companies are market-driven while others are driven by innovation. Neither position is absolutely better, but it IS possible for a company to get stuck in one extreme or the other without knowing it.
Some of the other extremes include :

In his book, Gerstner mentions that the quote most attributed to him is the one in which he said “The last thing IBM needs right now is a vision.”

Basically, he was saying that the company had gone too far in the direction of visioning, and that, for the time being, it needed to swing the pendulum back to the more practical matters of doing business on a day to day basis.

It is the job of every CEO (and every manager) to swing pendulums.

However, based on experience and training, no 2 managers are the same – they “see” different pendulums. There is, after all, some truth to the notion that if you give a man a hammer, he is likely to see every problem as a collection of nails.

A manager will always attempt to solve a business problem by looking at the pendulums that he can see most clearly. Indeed, he must.

It is also the job of CEOs to point out, and distinguish new pendulums for the executives and employees in a company, so that they can see what he/she sees. Without this ability, a CEO is stuck trying to change a company on their own, and are unlikely to be successful.