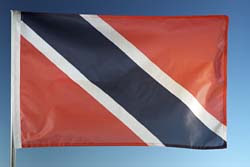 Last year Framework Consulting issued the findings of a study of Trinidadian executives in Jamaica (the report is available by sending an email to fwc-triniexec@aweber.com.)

In the study, we interviewed over 30 Trinidadian executives on their experience working in and leading companies in Jamaica, and the report distills the best practices that we found.

A new Trinidadian manager to Jamaica needs to keep in mind certain Guiding Principles, and also to learn some new habits.

Principle #1: Accord Respect
Above all, a manager must be respectful towards each and every employee. A manager is conferred with greater hierarchical power than they would normally receive in Trinidad, and when they come to Jamaica this power may not be well understood.

Practice #1: Be deferential and humble, until it starts to almost feel silly. Use Mr. and Mrs. wherever possible. Start conversations in formal language, and in a very formal manner, as if one were meeting the Queen of England. Say Good Morning, Good Evening and Good Night in a way that connects with people. Look for the moment when the formality is broken, and seize it, because at that moment the real conversation is about to start.

The manager is expected to be the most formal person in the room, until the environment becomes relaxed.

Practice #2: Don’t tell jokes in public at other people’s expense. Pecong has no place in the Jamaican workplace. It is a dangerous practice in this environment, to be used only in private, and only with the closest of friends. Never use humour to pull people down, or to give any kind of feedback, even jokingly. A Trinidadian manager is better off practicing jokes at their own expense.

Principle #2: Stay in the Role of Manager
Jamaicans will expect a manager to always be the manager — 24 hours a day, 7 days a week. They don’t expect them to behave, dress, socialize or drink differently after hours, on weekends, on holidays or at parties. It is better to play ignorant, and ask for help about how to interact with people in a new social environment.

Practice #1: Dress the part of manager, even on weekends, until it becomes abundantly clear that the culture will accept any deviation from the expected.

Principle #3: Demonstrate a powerful social conscience
If there were ever a “History of Jamaican Workplaces” book written, the dominant themes would be force and exploitation. The idea that a company exists primarily to enrich its shareholders is one that is simply unacceptable. A Trinidadian manager must learn that a Jamaican company exists for everyone in society and in the community.

Practice #1: Seek to give back to the community outside the company in tangible and visible ways.

Practice #2: Give gifts to employees at Christmas and Easter time, and create programmes to assist employees’ families that are well publicized.

Principle #4: Understand an Executive’s Phases of Adjustment
Coming to fully appreciate Jamaican culture is a process, and the Trinidadian manager needs to understand the phases that they will go through as they adjust to the new environment. Read the section on Phases of Adjustment for Executives from the report.

Practice #1: Get help. Cultivate a network of other Trinidadian executives outside the company. Get outside help if the transition is proving to be difficult.

Principle #5: Maintain the Hierarchy for a Long Time
While Jamaican workers appreciate being included in decision-making, executives need to be seen as the decider of important decisions (until sufficient trust is built). Workers will quickly criticise a manager who delays making decisions by trying to be too participative.

This is not to say that the hierarchy should be maintained forever. Instead, it should be abandoned only slowly, and carefully, as the manager transforms his relationship with the workers. It often takes longer than the Trinidadian manager thinks it should, but once the foundation is built, he/she will frequently find that the depth of loyalty that’s generated is deeper than they found in Trinidad.

Practice #1: Ask for input to decisions, but stand ready to make a command decision.

Practice #2:Break instructions down into the simplest details, and be ready to follow-up intensely. The average workers education level in Trinidad is much higher, and it shows.

One manager’s habits and style may not work for another. Each manager must develop their own style, and experiment with different approaches until they find one that works for them. This takes some willingness to feel uncomfortable as they adapt practices that might be laughed at in Trinidad.

Learning Point #3: Learn about oneself is the key to changing

Learning Point #4: Most practices will feel unnatural and phony

Many of these practices will feel unnatural at first, and would fail miserably if attempted in Trinidad. The point is that they work here in Jamaica, and they are exaggerated somewhat in order to provoke a Trinidadian manager into a different mode of action. The mistake that many Trinis make is to assume “all a we is one” when in fact the workplaces in both countries are very different.

Many of the ideas in this article were developed from the Caribbean Acquisition Project and the book “Why Workers Won’t Work” by Kenneth Carter. They are available as downloads from the Framework website (http://www.fwconsulting.com).