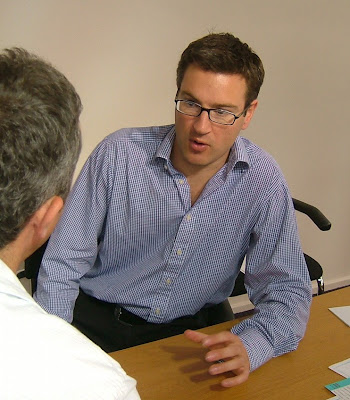 In an interesting conversation with an expat manager yesterday, I realized a few things that might be of use not only to expats, but also to other managers.

A successful manager is not necessarily the best teacher, partly because their success may have come in ways that they are unable to clearly distinguish. This is why some of the most most accomplished sportsmen and women make terrible coaches. Their achievements came from their abundant talents, rather than from their ability to break their actions down into small elements that they then could practice diligently.

In this sense, someone who has less talent could well be a better teacher.

An expat coming to manage Jamaicans has a possible advantage.

What they (and Jamaican managers) can do is to take the following steps to coach those who report to them:

1. Distinguish the distinction that they possess
2. Articulate it in new-sounding language
3. Introduce it as a new item to be learned to their teams
4. Demonstrate that they are also learning how to apply it in this
environment
5. Share what they are learning and encourage others to share

The distinction “being on-time” can mean something very different to expat managers, and is often a source of irritation. This distinction can be introduced by a savvy manager who wants to create an immediate change in the way people are managed.

Sometimes an outsider can bring these distinctions to bear on a group (which is often the role I play as a consultant) but this is only needed in the exceptional circumstance where the manager
has tried everything they can think of.