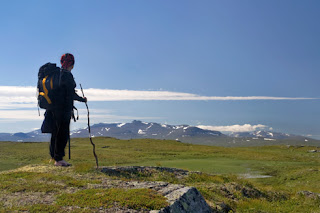 The Jamaican proverb “Every Mikkle Mek a Mukkle” summarizes a powerful idea that Caribbean executives would do well to contemplate.

The proverb simply means that small things count, because small things aggregate into big, important things. In other words, it’s similar to the more well-known proverbs “A Journey of a Thousand Miles Begins with a Single Step” and “Every Bit Counts.”

I have observed that we have many companies in the region founded on great ideas, and possessing wonderful goals. However, when it comes to the minute details of execution, our grasp far exceeds our reach.

For example, I have stayed in many hotel-rooms across the region, but very few are able to provide the kind of details in their infrastructure that are the signatures of an excellent company. It might be the cracks along the ceiling, the uneven floor, the cement left along the grouting or the broken chair in the room.

In restaurants, it’s the filthy restrooms, the scuffed walls or the beaten up menus that have twice as many items as the restaurant actually has available.

In many companies, you call to do business with them and the phone just rings and rings without an answer.

When they occur, none of these cases is a “deal-breaker” that could cause one to leave and seek lodging or a meal elsewhere.

Instead, we get used to the low standard, as our companies continue to “train” their customers to expect no better. In a prior issue of FirstCuts, I spoke about the way in which employees of companies in our region give each other “blighs” (allowances) that allow poor standards to continue, because it’s simply easier to overlook seemingly small issues rather than to confront them.

I also wrote about how Caribbean managers could improve their time management skills, and how executives could work to restore promises that have been broken in the past.

While these may all seem to be small issues by themselves, the cumulative effective is tremendous.

Companies struggle for reasons that they cannot pinpoint, and are incorrect in thinking that a single bullet fired at the right spot will cure all their problems and move them to higher performance.

Instead, they must learn to inspire their workers to devote themselves to individual, private, invisible excellence that may never be publicly rewarded.

An old-fashioned mechanical clock is a useful metaphor. There is no way for a clock to keep proper time if a single cog is out of alignment with the others. It might add or take away a small fraction of a second each day, but the overall effect is that it renders the clock ineffective, as reflected on its face.

The success of what shows up on the face depends on what happens with the moving parts inside, and this is what managers seem not to grasp. They allow seemingly “small things” to accumulate into big problems, and by the time the big problem is fully experienced, many simply give up.

It’s up to them to lead the way, by example, and demonstrate that being professional means to tend to every task with a kind of dedication and excellence that is often missing.