People talk about how hard it is to change a corporation’s culture, but I have started to think that they are wrong, in part. I think it’s easy to change corporate culture if one wants to make it worse.

Let us imagine a newly appointed CEO, who is really intent on screwing up the culture. Where would he start?

In recent research conducted by Accenture, the following factors were given as the most important when it comes to the all-important task of building a corporate culture. These are given in rank order of importance.

There is a lot in this list that is very interesting, and the research is based on interviews with 65 companies.

I’d be willing to bet that all of those companies are based in developed countries, and that no more than one or two are run by people of colour. It leads me to think that the survey instruments they have devised are less than useful for Caribbean companies, and would need to be modified before use. 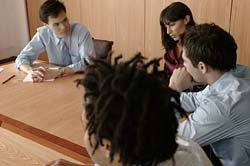 Imagine the setting of a corporate meeting room, and a critical point in the meeting when a CEO turns to the VP HR, looks them dead in the eye and says:

CEO Question:
We need a diverse corporate culture. How do we go about building one?

VP HR: I’ll have a plan to discuss with you in a couple of days.

In the plan presented, the VP HR (who hopefully has been thinking about this for some time,) has laid out the following:

We can design a culture that will help us to attract the right kinds of people, giving us whatever kind of diversity we want.

An interesting article in the Jul-Aug Harvard Business Review describes how countries that are more “forward-thinking” have achieved better results in measures such as GDP per capita and levels of innovativeness, happiness, confidence, and competitiveness.

In the article, “forward-thinking” is defined as the extent to which a culture encourages and rewards such behavior as delaying gratification, planning, and investing in the future.

While the study was confined to countries, I can imagine that it also applies to companies.

In the Framework approach to strategic planning, we use a method of scenario-generation that looks 20-30 years out into the future. This approach is described in the August issue of FirstCuts in more detail — Issue 14.0 which is available at the Framework Consulting website.

Essentially I think this article is backing the idea of taking a very long view of things, which we endorse.

In an announcement that comes as a shock to most, Cable and Wireless is replacing its Jamaica CEO, Rodney Davis.

The new CEO, an Australian, has once again emphasized that customer service is going to be the major point of focus.

After so many tries, and so many failures at improving customer service in the company, I wonder what he thinks he’ll do differently?

One of the advantages I have of living in Jamaica is that it has helped me to see what is often accepted as a normal business practice in North America from a very different perspective.

One simple example is a question that we used to ask each other in the U.S. workplace — “Are you keeping busy?”

Now, from a Jamaican perspective, this question looks like a strange one. Why should someone’s goal be to keep busy? What is the purpose?

Will we all be happier when we are busy all the time?

Is the whole point of work… to find more stuff to work on? 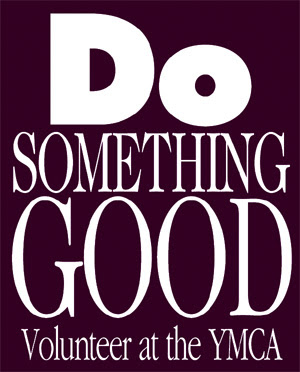 I once “worked” as a volunteer for an organization that had 200 employees and 3000 volunteers. What was remarkable was that this company was a for-profit company.

There are a few companies that I have volunteered for that I consider to provide the kind of experience that made the time well worth it, and many that I think could learn a thing or two.

There were three lessons that I learned from my volunteer experiences.

Savvy organizations realize that volunteers give of their time for every reason that employees do, only without the prospect of material compensation. They seek to learn and grow themselves, to make a real difference and to be acknowledged for their contribution.

Savvy employees know that they need to make it easy for their volunteers to gain the benefits they seek.

Many of the best practices used to manage employees still apply.

Best Practice #1 – Insist on Providing Value
Managers of volunteers know that they need to sit down at the beginning of a volunteer assignment and talk about what the volunteer would like to gain from the experience. They talk about their goals, and what they would like to learn while they are on the assignment.

Some go even further, and explicitly insist that a condition of their engagement as a volunteer is that they gain value that exceeds the cost to them in time, money and energy. In other words, the onus is on them to gain the benefit.

Here at Framework, this is a part of our own volunteer agreement.

Best Practice #2 — Make the Agreement Explicit
A written agreement works better than one that is spoken. It covers the necessary basics that relate to any contract employee, minus a section on remuneration. ’nuff said.

Best Practice #3 — Maintain High Standards
In the best organizations, volunteers are part and parcel of the high standards the organization aims to deliver to its customers or constituents.

The question I ask myself most of all when engaging volunteers and employees alike, is whether or not they have what it takes to raise the standard of work done in the company, or whether or not they will have to be managed carefully so that they don’t lower it. With volunteers, the key is to create that expectation from the very beginning, and to be very clear with them that they are part of delivering it.

If they are treated as if they can deliver great things, they are much more likely to do so.

On the other hand, if little or nothing is expected of them, then it is likely that they will live down to that expectation also.

The bottom line is that the volunteer to company relationship is not very different than an employee to employer relationship.

This is a problem I haven’t solved, but I think that by stating it clearly, it might help me to understand how to think about a solution.

Do Caribbean managers have only one of two choices?

Should they be nice (in which case employees run all over them) or should they be harsh (and thereby lose the trust and loyalty of those from whom they most need it)?

Is the set of choices available really as limited as this suggests?

Upcoming article on JobSmart on some of the issues that professionals should think through as they consider migrating to the US from Jamaica.

The article is entitled: Migrating to the US and Culture Shock.

JobSmart visitors — feel free to add your comments below. 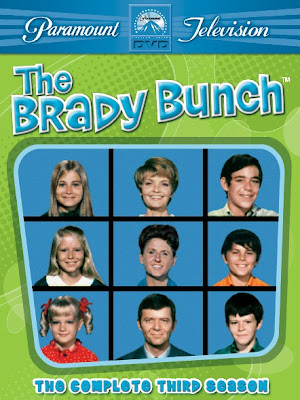 In the news these past few weeks there have been some significant announcements related to acquisitions across the Caribbean region.

One major acquisition that was announced for the first time was that of Neal and Massy’s takeover of BS&T — Barbados’ biggest company.

Also in the news is the announcement that the principals of DB&G (which was acquired by Scotiabank) are leaving the company at the end of June.

Although the LIAT/Caribbean Star merger has not been in the news of late, the sale has still not been completed, although it has been scheduled to happen on June 15th.

The common factor between all three actions is that they were all announced as “mergers of equals.”

They are actually turning out to be acquisitions, and not mergers.

Lest anyone think that this is a strange occurrence, history is littered with examples of announced mergers that turned out to actually be acquisitions, including AOL-TimeWarner, Daimler-Chrysler, HewlettPackard/Compaq and Sports Authority/Gart.

The fact is that executives almost always start out using merger language in public, unless the takeover is hostile. In fact, they are undergoing acquisitions, especially with respect to the corporate cultures.

It is not too hard to tell who the cultural winner is — the executives of the company being acquired usually don’t last very long.

In a Framework article entitled “Merger of Equals? Equal Shmequal!” by Amie Devero, she argued that a merger is not possible, in cultural terms. (The article can be downloaded by sending email to fwc-equals@aweber.com.) Also, the recent April 2007 Harvard Business Review article entitled Human Due Diligence makes the point that companies often fail to recognize the “cultural acquirer” when undertaking these activities, to their detriment.

While these questions are certainly of issue to shareholders, it is the employees that bear the brunt of initial miscommunication.

They hear talk of “a merger of equals” “nothing will change,” “no layoffs, ” “business as usual” and “the same management will continue.” Given the public track record of mergers to date, they have every reason to be concerned.

When senior management insists that a merger of equals is underway it may be good for shareholders to hear and believe that the executives between the two companies are planning to harmoniously co-exist in some way. However, it is often a misleading statement for employees.

This is not to say that these are bad outcomes — often they are the best things that can happen to the new, combined company. In the free market of management styles and approaches, let the best company and management team prevail.

However, the problem stems from the fact that most executives in both companies start out by mis-leading their people.

In the very way they announce the “merger” their own people can detect the lie.

It’s a little like a bad version of the Brady Bunch — each parent tell their children that a marriage is about to happen to join two families together, and… “by the way… in case you kids were wondering… nothing will change.”

Executives the world over leading acquisitions persist in painting an ultra-rosy picture of the future for their employees. Their inauthenticity is palpable.

It seems that often, they buy into their own “story,” an even in the colossal failures like AOL-TimeWarner and Daimler-Chrysler, they seem to be able to maintain a scary insistence that all is well, even when everyone in the real world knows that it is not.

What can executives do differently?

In a prior blog I wrote about what I called “High Tone Managers.” These managers focus on being relentlessly positive, to the point that their employees come to distrust everything they say because they are the ones saying it.

An executive leading an acquisition would do much better by being authentic and saying some version of the following, if true:

The point here is that an acquisition is a shock, and that people will go through the changes they need to go through in order to adapt to it. It is not unlike the 5 phases of grief a survivor journeys through upon the death of a loved one, as defined by Elizabeth Kubler-Ross: Denial, Anger, Bargaining, Depression, Acceptance.

Employees need to be helped to go through these stages as quickly as possible, en masse. Their feelings at each point must be validated, acknowledged and given room to live, if even for an instant.

If executives do their job well, employees can be like soldiers rallying to a cause that is greater than themselves.

However, if the job is done poorly, as it usually is, the result is that employees feel like victims who need to protect themselves from something terrible, that their own parents are inflicting upon them for their own benefit.

In Caribbean companies, the employee mood doesn’t get much worse than this.