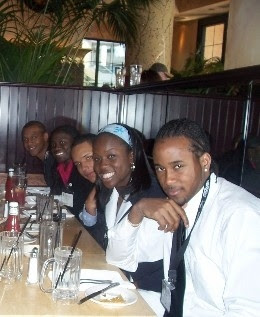 Are the universities taking a proactive role in identifying what the island’s companies need and grooming their students to be the answers to that need? Are they going out there and soliciting relationships and identifying opportunities within companies that perhaps have been overlooked? With all these upper-level positions to be filled, surely if a serious collaborative, detailed, and comprehensive internship program designed to TRAIN and prepare graduates for certain management roles was put in place, wouldn’t that person then upon finishing their degree be able to step into that role with at least some familiarity with the company, culture, and position requirements? This requires forward-thinking five and ten years ahead by today’s leaders, to determine what the leadership needs will be and developing talent to fulfill those forecasted needs accordingly.

Jamaican companies want leaders, but they are not cultivating them. I will soon have an MBA, beyond the required BS/BA degree for most jobs, but the ads will usually indicate needing 5 to 10 years experience for things the requires maybe 1 to 3 years experience for. I believe in part it is because they usually only require the BS/BA degree, while the U.S. might simply require a Masters degree in place of some of the years of experience required in Jamaica and other countries in the Caribbean. However requiring that amount of years for the position still excludes many people who are bright enough to learn the requirements of the position given comprehensive and supportive on the job training! companies need to embrace in-house training and development and stop requiring or waiting on someone who can walk in the door able to take the position and run with it unsupported.

Companies throughout the region need to take a page from the recruiters swarming college campuses every semester, and off the Bible verse that says “Train a child in the way he should go, and when he is old he will not depart from it!” The concept behind that is you don’t wait for someone to walk in off the street groomed by some other company for some other company’s purposes…you actively develop a comprehensive yet focused relationship with known sources of talent, and invite the best you can get into a solid leadership preparation program with the goal of training them YOURSELF and developing their loyalty and drive to see the company succeed.

Activity: Survey of Your Responses

Please respond with your ideas on how Caribbean companies can halt the brain drain of young college graduates, and ideas for attracting, retaining, and DEVELOPING for leadership the 20 to 30 year olds in (and even outside) the island who want to be part of stimulating the economy if they only had the opportunity! (There are also other logistical issues with reversing the brain drain as far as those who have already left, but that is a story for another time.)

Think of all areas that need to be addressed, when submitting your suggestions. Examples (this list is not all-inclusive) include: 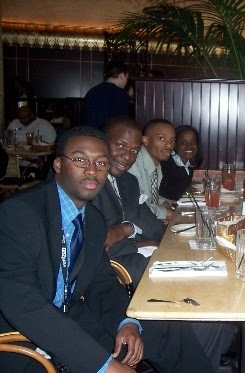 This discussion was triggered by the following Facebook.com group forum question: “What do you think of the 80% of the UWI graduates that leave Jamaica???”

I think after receiving an email from an executive on the island in response to my search for a postgraduate job so that I CAN move back home, I can understand why the UWI graduates leave…he reports plenty of bachelor degree-holding intelligent young people answering phones in call centers or stuck in positions that pay US$17,000 a year, because there are just not enough positions at the post-graduate entry level for them.

Then I see another trend as I survey SplashJamaica and other Caribbean job banks, where there are a lot of higher level roles that are empty and the companies are DYING for people to fill them, to the point where they hire expatriates, foreigners who need work visas.

There is obviously a disconnect there…and I know one immediate issue that causes it: the putting down of roots in the years following graduation from college. In the 5 years between graduation from college and the accumulation of enough experience to qualify for the higher level positions, people are not going to stop living their personal lives, and the ties that develop and the roots that are planted become the ties that bind. I for one wanted to reach back ASAP after graduation, and among other reasons, it was so that I would NOT encounter Mr. Right up here, and end up attached to someone whose career and immediate ties are with the U.S.! In those 5 years, people’s lives become more complex at a faster rate than at any subsequent point in their lives…between 25 and 35 is the prime time that people are meeting, marrying, and laying the groundwork for advancement up the career ladder.

It becomes so much harder to successfully move back and reintegrate once those roots are set (especially if the other person is not from Jamaica, or at least from the Caribbean), versus the relatively simple shift when you are single, and fresh out of college (read: no roots implanted yet). Even without the relationship and other attachments naturally developing, there is the concept of getting “Americanized”…becoming so comfortable with the American way of life that it becomes hard to adjust to, or even understand any longer, the Jamaican way of life. (And this concept can be generally applied to becoming “foreign-minded” in any other destination country). Think of the analogy of a tributary flowing from a pond out to an ocean: The longer Jamaican companies leave Jamaica’s pool of talent spread out in foreign oceans, the more they assimilate and the harder it becomes to remove them from the masses and return them home.

So that 80% that leaves, leave because they have no job waiting on them in Jamaica, and end up staying where they have gone because by the time they are qualified for the decent-paying positions, they have set down roots and become less flexible than they were as new graduates…in the U.S. companies are recruiting on my campus NOW for graduates in December 2007, April 2008, August 2008, and some are even recruiting now for as far out as December 2008! They jump on talent from EARLY. Success for a college program here is measured by what percent of each year’s graduates, on average, are placed in a job relevant to their academic level within six months of graduation. What is the measure of success for the University of the West Indies and other Caribbean institutions of higher learning? Are these institutions being drawn into a commitment to do their part to keep the majority of the brains of the Caribbean IN the Caribbean?

Are Jamaican companies providing relevant, detailed internships for college students with progressive levels of responsibility that give them exposure to the business, the normal duties of the position, and to the executives? Are companies in Jamaica, and across the Caribbean, developing leadership programs to develop talent from early in the way they want that talent to go? One of the places I am interviewing with has a 2 year rotational leadership development program that gives you 6 months in each major facet of the business, which is crucial knowledge that would take way too much time (years-wise) to accumulate by working up and laterally through the ranks! Is anything like that happening in Jamaica, Trinidad, Barbados, or anywhere in the Caribbean?

Recently I posted a request for volunteer Contributing Writers to assist in providing content for this blog.

Michelle Graham Day, a Jamaican living in Tallahasee, Florida is an MBA student at FAMU, and is job hunting, working, studying and now blogging all at the same time.

A big welcome to her as our first Contributing Business Writer.