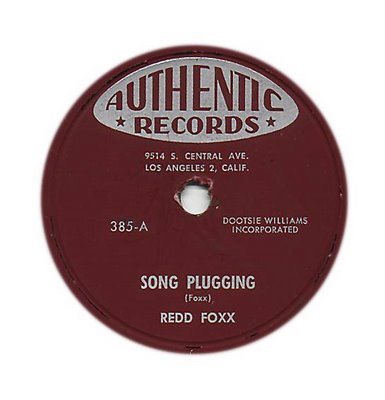 Defining Who We Are

A good friend of mine shared with me that she became a lawyer because that was the last application that was left.

While studying for her A-levels as a n 18 year-old , she had no idea what she wanted to do after graduation, and when asked by her Guidance Counsellor what she planned to do, she responded with an honest “I don’t know.” Her Guidance Counsellor, who could not allow this particular vacuum of intent to go undisturbed, insisted that she needed to apply somewhere, especially given how bright she was.

They talked over a few ideas, and came up with one, but she had completely run out of applications to the local university for that faculty. However, she did have some remaining applications to the Faculty of Law and… well today my friend is a lawyer.

Or to put it more accurately, a she is lawyer who has no passion for the practice of the law.

What she does have is a secure job in a secure profession that most people would envy. According to the logic of most Caribbean employees, that is more than enough, and “she should be happy.” After all, what more could she want?

While our system of education has tragedy written into its script, with a 16 year old having to choose four subjects on which to “concentrate” to the exclusion of others, there is a wider travesty occurring daily in our societies. People are not working on what they care about. Or, in other words, people find themselves in professions and jobs for which they have no personal passion or belief.

They arrive at work each day, go through the necessary motions and come home in the evenings to demonstrate to their children that one must make do with what one has, and never seek to change anything. If anything, most of one’s effort should be directed towards holding on to what one has.

I will not argue with whether or not this approach to work is right or wrong, but I do know that it has inescapable consequences.

First, it enforces an ongoing mismatch between people and work. If I am too afraid to leave the job I dislike for one I do, then someone else’s interest in this job will never be satisfied. In effect I am blocking them from having it by staying it in myself. Movement from one job to another is a positive thing to be encouraged, in part because brings everyone closer to the work that most satisfies them. Ultimately, this is good for the economy of countries, as productivity has everything to do with job satisfaction, according to Caribbean studies like Why Workers Won’t Work by Kenneth Carter. High quality work is produced most easily by motivated people who want to be in the jobs they have.

Second, it creates organizations of people who are demotivated. The faces of people in our service industry across the region who appear to be suffering are encountered everywhere. They seem to have no interest in what they are doing, and no hope that this job will lead to anything or anyplace new. They seem to be just holding out until it all ends… somdeay.

Thirdly, the next generation of workers (our young people) comes to identify work with drudgery, as opposed to self-fulfillment. Given the lack of psychic rewards they become unwilling to delay the gratification they can get from both entry-level jobs (with an instant paycheck) and criminal activity. There is no bright future in their minds to look forward to in the long-term, and life instead becomes about getting theirs now.

What does this all have to do with networking?

To put it simply, networking occurs most easily and naturally when it is a natural extension of what we love to do. Whereas it is possible to do “logical” networking — doing the things that one is supposed to do — it is much easier to do “passionate” networking, starting with topics and questions that one already has an interest in pursuing.

And this is where networking begins — with an honest assessment of who we are, what we are interested in, and how to make these real or apparent in the listening of others. The best place to start is withareas of authentic interest.

My advice to someone who is not already passionate about what they do is: find something quickly, or resign yourself to a struggle. Who we are will not be denied, not matter how hard we try.