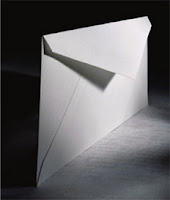 I promised to update anyone who might be interested in the response received to the idea of a Trinidadian-Jamaican Chamber of Commerce.

It has been good, by my estimation, given that I asked for people who would be interested in putting some of their own time and effort into the formation of such a body. In short, there are enough people responding both in Jamaica and Trinidad to have at least a meeting in each country.

I am thinking of an initial meeting here in Kingston in the May time-frame (well after Jamaican carnival,) and at the moment am wondering what an agenda might look like.

Also, I am wondering if the word “Chamber” is just too heavy a word for what I have in mind. Here in the Caribbean, words like “Chamber” and, say, “Legislative” have a rather musty, old-man feel to them.

Instead, should it something more informal and energetic like a “Trini-Jam BizClub?” Here is an example of the New Zealand Business Club.

Hmmm — send me your comments, or add them to this post below.