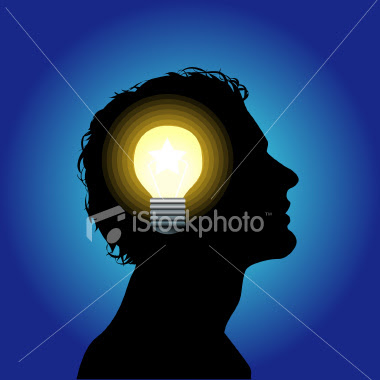 Reading an article today reminds me of why I love new ideas.

Usually, it’s not because the notion is absolutely foreign to me. Instead, the best feeling is when I am able to recognize some piece of thinking I have already done, taken to an entirely new level by someone obviously much smarter than I am.

In the July 2007 Harvard Business Review, an article entitled “How Successful Leaders Think” stopped me in my tracks. I realized upon reading it that the author had articulated for the first time in my understanding the way I try to think, when I do my very best thinking, or designing.

Roger Martin, the author, starts by quoting F. Scott Fitzgerald, who said that “the ability to hold two opposing ideas in the mind at the same time and still retain the ability to function” is the sign of a truly intelligent individual.

His modern day research of successful corporate leaders backs this up.

He compares the importance of this kind of intelligence with the evolution of the opposable thumb. Human beings have the most developed opposable thumbs in the animal kingdom, and have been able to create magnificently simply because of their ability to maintain a sustained and precise tension between the fingers. Without it, there would be no ability to write, build, paint and use tools.

This mechanical tension is likened to a certain mental tension – the ability to hold competing ideas in mind at the same time, without discarding one or the other prematurely. In other words, an “opposable mind,” according to Martin.

With an opposable mind all sorts of magic can be created, and the good news that he delivers at the end of the article is that it can be learned, grown and deepened through practice, just like any other skill.

We are born with this kind of mind, he says, but often become anxious because we prefer simplicity and clarity to ambiguity and complexity. This leads us to develop simplistic answers, and to cling to them as if they were gospel truth.

My grandfather did not believe that man really landed on the moon. It was just simpler to believe that it was all a hoax.

Many believe that the earth was created in 7 days, that Eve ate an apple in a garden, that Noah built a boat that saved all creatures from a flood and that Jonah was literally swallowed by a whale which somehow happened to be a fish.

Over time, mankind has progressed in many ways, but not without a fight.

Our tendency is to seek the right answer and discard the wrong – quickly and permanently. Education systems that encourage this kind of thinking even into the college years don’t help the situation.

Martin notes that what he calls “integrative thinkers” welcome complexity, and are therefore able to see the entire problem at once, without trying to break it into small pieces. They also question cause-and-effect relationships that are over-simplified e.g. “if we pay people more money then they will be more productive.”

He gives the example of Red Hat, the software manufacturer, whose CEO was able to abandon the conventional thinking of his industry to create a new revenue model for itself, allowing it to stay ahead of its competitors.

If there is one thing that I aspire to bring to my clients, it is solutions that are based on opposable thinking. At the times when we have been able to achieve these kinds of breakthroughs, it truly has been a collaborative effort that pulls the best from their direct experience, and a fresh look at their issues that I sometimes bring.

While it’s not the easiest path to take, it usually is the most fruitful.