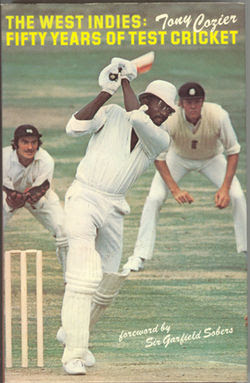 It is unfortunate that in today’s world that everything has “become a business”.

Test Cricket — “nothing more than a business”
Professional Football — “a money-making venture”
Fine Art — “basically a form of entrepreneurism”
etc.

While it is accurate that these and other pastimes can be seen as businesses, I think it is a mistake to argue forcefully that they can all be reduced to mere financial concerns.

It is true that they all have commercial aspects, but untrue that they should be seen through this lens exclusively. Everyone suffers when this happens, and when it happens too often a certain cynicism creeps into even the most altruistic activities, such as volunteerism and donations.

It is almost as if there is an accusation that if a cricketer is not viewing, for example, his career as a business, then he is not being realistic, or not being professional.

This might have a grain of truth, but it is also true that a test cricketer is not a mercenary. To think of what they do as “just a job” is to reduce the activity of playing cricket at the highest level to the most empty kind of employment.

The greater truth is that business-leaders are desperately trying to move their companies away from being entities whose only relationship to their people is one of trade — my money for your time and effort.

Instead, companies are at their best when people are able to lay aside such interpretations and are able to approach their jobs as if they are volunteers, with the kind of fervor and commitment that enhances their experience of being human, and deepens their working relationship with their co-workers.

It is tragic when a young professional allows the “commercial trade” that is a necessary part of their relationship with their employer to override all over concerns, even the concern for their own frame of mind.