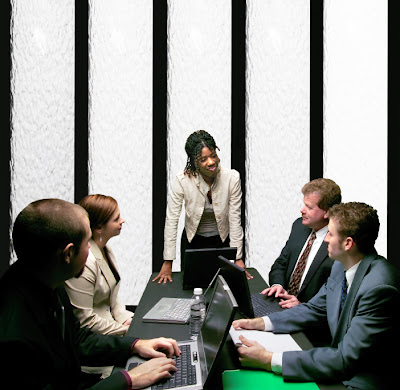 Recently, a relative breakdown in a key result — following up on sales leads — had me ponder where I have not been managing myself properly even as a sole operator (which is the role I play most of the time in the central affairs of Framework).

It occurred to me that I had failed to manage a relationship between one part of myself and another.

In a prior post, I wrote about how the ideas of Michael Gerber transformed the way I think about running a small business. It lead me to think about the roles I play as actually divided into eight positions or accountabilities: Leadership, Management, Financial, Marketing, Lead Generation, Lead Conversion, R&D and Client Delivery.

The hard part, I am finding, once these areas have been defined, and operating manuals have been written for each, is how to manage them separately when in fact there is only a single person behind all of them

In other words, how does “Financial” relate to “Managerial”? How does one hold the other to account, when in fact behind the scenes there is only one person… me?

To start out, I began to wonder what it might be like to have a “Managerial” meeting each week to look at the different accountabilities, as if they were held by other people.

And this seemed to provide the key: to manage myself as if I were only the Manager, for at least a few minutes, and the ask the questions that a Manager would ask, with the concerns that a Manager has — without immediately flipping into one of the other roles and enter into instant “problem solving mode”.

I was shocked to find that this was different from anything I had ever done before.

I could immediately see that there were several things I had not been doing effectively in several accountabilities. For example, I could see that as the Manager I was not doing a good job apportioning time between accountabilities. I needed to put more time in Lead Generation and less time in R&D. I happen to have a natural affinity for the latter, so I was not surprised to find that I was spending more time there than I would if I could see the entire picture.

In essence, the Manager was not doing his job of directing time away from one accountability to another. That was happening because there were no regular meetings to do the kind of thinking that only the Manager could do. Also, I was not spending enough time as the Manager to clarify the questions I needed to get answers to. I started to develop the discipline of presenting the question, without immediately trying to get an answer.

When I discovered the imbalance, I saw that the Manager needed some different kind of information each week in order to manage each accountability, and in particular the ones that were not performing up to snuff. The result was a series of requests that would be directed towards each accountability for some new reports, and for a couple of new plans of action.

For example, here is an example of a conversation that I had in my meeting with myself in 2 roles:

Manager — “I need a report that shows me how well the Lead Generation activities are working. I need this weekly, and it also needs to show me how the conversations to enter a new company are going, and which companies we are targeting. I need this in our Monday morning meetings.”

Manager — “Thanks. Mr. Financial Manager, I need a weekly report showing our projected cash-flow for the next 12 months. The same applies — it’s for our Monday morning meetings.”

Financial Manager — “Yes Boss, will do. That will help me to give you the information you need, no more and no less.”

Then things got interesting, because then I discovered that I was essentially making myself promises that I needed to keep, from one accountability to another.

In another prior post, I mentioned the ground-breaking work by my colleague, Scott Hilton-Clarke, on a system for executives to manage projects. In a major breakthrough, he has evolved that work radically by evolving it to manage the smallest possible element in a project — a promise. He calls the latest version of the programme “Promisystem.” (It used to be called Executive Slice.)

It struck me that I could use his programme to manage myself in different accountabilities, as if I were different people. As I started to use it last week, I found it to be a good start, as I start to develop a certain “firewall” between the thinking I do in each accountability. The software helped me to stay in one accountability, without drifting into another. As I used the software, I found that I was more demanding of results, and more focused than when I bounced around.

Something similar happened when I had my first meeting in one of the accountabilities. In Promisystem, I responded to the request from the Manager, and started to come up with some new ideas. I could see that my old way of thinking — mixing up accountabilities — had become routine.

I hope he makes these changes at some point, because I could expand the way I am using Promisystem.

I also discovered that my company, like any other, is as strong as the weakest accountability. The one that I am least proficient in is the place where the company tends to experience problems. In the case of the sales breakdown, I saw it as a Managerial problem more than anything else.

Within each accountability, I discovered that there happens to be a mix of routine, maintenance items and others that are strategic and novel. Of course, the new and novel tend to be more exciting, while the routine items are more likely to fall to the side.

What I am asking myself is how do I turn routine, maintenance-driven items into must-do’s? Also, how do I teach myself new habits and what kinds of supports can I use to keep the habits going?

This is a question I am also asking with respect to the 2Time Management System I am developing, as it requires the self-teaching and learning of new habits over a protracted period of time.

One new one I am looking at is Joe’s Goals, and other one is a plain sheet that I picked up from Productivity 501.

I am open to new ideas on this.